Wamberal village has a fascinating and important history.

This is the first of a new series focusing on our service men and women with strong connections to Wamberal.

We start with a truly remarkable local: a public servant, singer and musician, farmer and citizen soldier who served in three wars and for whom the Wamberal Memorial Hall was an important part of his life.

Lt Col James Tedder at his farm in Wamberal with his grandchildren shortly before his death.

In 1882, he joined the NSW Department of Telegraphs as a telegraphist, a new technology akin to the internet of today.

Whilst stationed at Young he met and fell in love with Mary Jane Shmith and they were married in 1885.

He and Mary had nine children and he served alongside five of their sons as they fought for Australia in Africa, Gallipoli and Europe.

His service in World War 1

When World War 1 broke out, Major James Tedder had been a member of the Australian Army Service Corps since 1903.

On 19 October 1914, he sailed on the HMAT Benalla (A24) to Egypt where he prepared his troops (3 Coy AASC 1st Division) for the attack on Gallipoli.

Troop transport HMAT Benalla (A24), crowded with troops, including then Major James Tedder, setting sale for Egypt and Gallipoli on 19 October 1914.

He was present at the landing of troops at Anzac Cove on 25 April 1915 and after disembarking the engineers and others, proceeded to Imbros before returning to Anzac to collect the wounded. He then sailed on to Egypt to defend the Suez Canal and support the Senussi campaign in the Western Desert. He was mentioned in dispatches for this service.

In 1916, his divisions were moved to France, but at 52, he was considered too old for the rigours of front line service.

Lt Col James Tedder, standing 2nd from the left, at the inspection of troops by King George V – 17 April 1917. The film was not fully wound to the next frame and a portion of another exposure can be seen along the left hand edge.

Rather than return to Australia, he continued to serve as Assistant Director of Supplies and Transport at the Headquarters of the Australian Imperial Forces in Tidworth, England.

In 1918, he was promoted to Lieutenant Colonel but was eventually deemed medically unfit. Reflecting on his early medical conditions, this was an outstanding achievement.

Lt Col Tedder returned home in 1919 and moved to Wamberal as a citrus farmer.

James and Mary were strong contributors to the local community as singers, musicians and organisers of musical events and theatre. The Wamberal Memorial Hall was a significant part of the social fabric of the community and their contributions were very important.

He later married Ida Beileiter, a nurse, and they had two sons.

Lieutenant Colonel James Tedder passed away suddenly while on holiday in Turramurra in 1931.

The five sons who fought with him in WW1

Another unique feature of the James and Mary’s family is that they had six family members serving concurrently in WW1.  The five sons who served with him in World War 1 were:

Born 1887 and enlisted in 1914 returning to Australia on 20 October 1918. He served at Gallipoli, re-taking Lone Pine and later joining the Flying Corps in Europe. His name is on the Honour Roll at the Wamberal Memorial Hall. 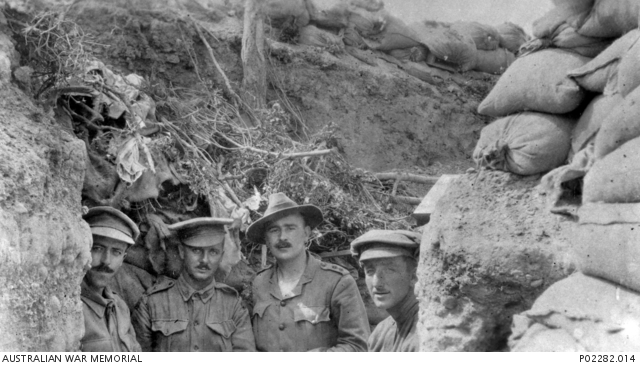 Gallipoli, Turkey, September 1915. Four Australian soldiers stand in a trench captured from the Turks in the attack on Lone Pine. The group includes Lieutenant Tedder (third from left).

Built by the community in 1920 on land donated by Mr Edwards in 1920, the Wamberal Memorial Hall on Ocean View Drive is dedicated to the memory of the Tedder family and the many others who served and suffered the loss of their young family members.

In 1977, the NSW Government vested the land to Council for protection.

Please go to one of our local village shops and sign the petition to save our hall.

You can also download the petition to save the Wamberal Memorial Hall  and get your work colleagues, family and friends to sign it.

Please email wamberalactiongroup@gmail.com and we will come and collect them.